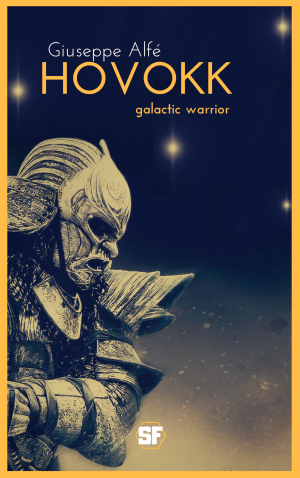 Crowded together in the cargo hold of the copter, the refugees flew over the Strait of Urras. Later that night, the copter finally dropped them off on a landing field outside the town of Kasag. Brent and Polianna could hardly believe their luck. Together with Rona, they had succeeded in leaving the troops in Settis – and thus their previous lives – undisturbed. Brent thought about whether he had only Bix to thank for this success, and whether they might not have foiled her escape attempt after all. The roar of the Copter engine in the hold, the radio messages of the pilots audible in the background, which underpinned only a tiny fraction of the presence of the Astrotroops on Markkis I, made it clear to him that they were far from safe.

At the landing field other units of the Astrotroops received the arrivals in the dead of night. The soldiers led them all to a hover station at the eastern end of the field. From there, all refugees were to be taken to the city centre of the coastal town. A cool breeze was blowing across the field, carrying the salty smell of the nearby estuary. The two deserters were still terribly afraid that they would be secretly pursued. The redeeming feeling of having escaped did not yet ensue. They had to find shelter as soon as possible, unless they wanted to be exposed sooner or later.

Brent had a spontaneous idea, which he whispered to Polianna. Immediately she agreed. Both peeked at the other refugees surrounding them. Thanks to the huge crowd and the darkness, they could dare to sneak away from the marching crowd. Diagonal to the direction of the refugees, they struggled carefully through the labyrinth of human bodies, taking great care not to cause any displeasure among the refugees. However, at times they could not avoid accidentally bumping into someone or stepping on a foot. So it was inevitable that they received nasty looks. They continued unperturbed, ignoring hissed remarks and grumbling comments from the crowd.

In the north a run-down and empty flat building lined the landing field. The building used to house part of the old airport. The new airport was further east. The refugees passed by the building half a kilometre away. Brent and his two companions were heading for the outer wall of the building. Fortunately it was a moonless night, and only on closer inspection one would have noticed the three grey figures leaving the crowd in a crouched posture and crouching in the shadows of the dilapidated, cracked walls. From there they crawled westwards along the wall to leave the evacuated people of Settis behind as quickly as possible, running in the opposite direction.

They found an entrance, in which once a gate must have been installed. In the meantime, only rusty cones protruding obliquely from the masonry were left on both goalposts. Hurriedly they moved into the dark building. They could hardly recognize anything. They groped slowly and clumsily around. Apparently, they had entered the former foyer of the building, which was directly behind the main entrance. That explained why they did not hit against furnishings or other obstacles. Only occasionally, their feet scraped over broken boards or bumped against smaller rubble-heaps. They didn’t go far in, but chose a sheltered and dry spot below an intact window. Without searching the surrounding area, they laid their clothes and blankets on the floor and instantly fell asleep. They stayed there until dawn.

With the first pale light of the new day, Brent peered outside through a window. The field and the coastline on the horizon were still under a grey veil. Far and wide there was neither a refugee nor a soldier to be seen. That reassured him a little. Nevertheless, he stared suspiciously up to the cloudy sky, where copters or other scouts of the Stellar Forces might appear at any time. Behind him he heard the voices of Polianna and Rona talking quietly. The doctor hugged the girl who was shivering noticeably. Brent noticed that his stomach was rumbling. He sensed that the other two must be also terribly hungry. He thought hard about it. They could not dare to go to Kasag, where they could have begged for something to eat. If they had gone with all the other refugees to the station, they would certainly have received a package of food there that had been prepared for each refugee. But the risk of their poor disguise being exposed had seemed too high to Brent. Moreover, it would have taken too much time; valuable time that they did not want to have for long. Brent looked at his girlfriend and the little girl. He tried to estimate how long their strength would last. Then he decided to leave immediately.

In the grey twilight of the new day they hurried back over the orphaned landing field to the coast. Fearfully they kept an eye on the sky and the porches of Kasag lying far behind them. There were still no signs that they had been discovered or even followed. But who could say it with certainty? Perhaps they had long since been spotted from afar and simply waited with relish for the moment of triumph when they were set and arrested. From the building it looked as if the coast was not far away. But they only reached it when the sun had already risen far above the horizon and the wind had loosened the grey cloud cover. They didn’t meet anyone all the way. Before them the waves of Urras appeared behind a hilltop. A strong wind drove through her hair and the fresh air revived their minds. Even Rona suddenly looked less sad. The waves broke at a wide strip of angular stones, whose size varied from fist-sized to the dimensions of a human head. It was not easy to take a path along the rocky and partly impassable beach, which brought them quickly to the west. After all, they could assume that on such an uncomfortable beach there were not too many people on the way, especially as it was still quite early in the day. All the time Brent was discussing with Polianna whether this was the right way and whether they would actually find access to the interior of the country in this way. There lay the refuge Polianna had proposed: the land of Belkye. If they didn’t make it there, they didn’t know where else to go. All the time Polianna hoped to find Markkisian fishermen, who usually caught prey in the Urras Sea at this time of day. Fishermen of this world belonged to the Skayke caste. Finally they actually met two representatives of this profession. Already from a distance Polianna saw the simple wooden raft made from pitch-black trunks, typical for local fishermen. The hoods of their grey ponchos were thrown back and so one could clearly see their deep brown manes and their mask-like faces. Polianna Brent quickly explained her plan and pushed ahead to talk to the fishermen.

High above them heavy clouds rose, which sailed from the open sea to the coast. It looked like rain. Brent remembered again that it was not unusual for this region for the weather to change hourly. Rona and he caught up with Polianna. The doctor was already negotiating with gestures and hand signs. Brent interpreted the gestures of the two silent Markkisians in such a way that they had probably agreed. The only Markkisian word that the deserters knew and that made the two Markkisians see the light was “Ki ha Barkya” – holy mountain of Barkya. It was a fortunate coincidence that Polianna had not forgotten this term, which she had picked up a long time ago during a speech by her mentor.

After initial hesitation the Skayke agreed to take them to the interior of Belkye; in exchange for Poliannas golden necklace, which she always wore as a lucky charm. They climbed onto the raft of the two Skayke. First, thick drops fell from the sky, which quickly became more and more numerous. Here they were now, at the mercy of two natives. But they were still free and for a while one could convince oneself that one had finally escaped.

Gradually the rainfalls weakened, settled down to a tolerable level. The view around became clearer. The raft didn’t swing too wild anymore and the water didn’t seem as threatening as it did a few hours before. The dirty-green river seemed to wind endlessly, with no end in sight. The light falling through the pale grey of the sky intensified the intense green of the vegetation that lined the river on both banks. Tree tops whipped up by the wind with long, hanging branches bobbed rhythmically to the gusts. An opaque maze of low trees with wildly growing roots, broad, dense bushes and countless species of unknown grasses and ferns densely crowded up to the abruptly sloping bank edge. It was impossible to tell what was beyond those woods.

The two oarsmen stood at the stern of the raft and manoeuvred it with silent serenity through the rain, which kept pelting down noisily onto the surface of the water, but seemed to care nothing further. Their ponchos were clammy from wetness and the hoods pulled deep into their foreheads were dripping permanently. Nevertheless, Brent could not see a trace of discomfort in their amber eyes. Meanwhile, the two figures seemed to have very few worries or even grief at all. They had accepted Polianna’s request to bring them north as quickly as possible. They hadn’t asked any questions about the reason for their trip. They were also not interested in who these people were, where they had come from and what they intended to do in the north.

They were the first Markkisians Brent had seen in a long time; apart from the Kertekk, of which he had more than enough for now. Polianna had told him that the fishermen usually belonged to the Skayke caste. A further indication for this was the dark brown fur of the two beings. The Skayke caste consisted only of craftsmen, day labourers or peasants who hardly cared about the affairs of their government or the military. In addition, they were in no position to interfere in the areas of responsibility of the Barkya clergy or the Bashkerr warrior caste. No, despite – or because of – their low status, the Skayke were mostly modest and peaceful beings. And that was a very happy circumstance for Brent, Polianna and little Rona. The doctor and the orphan were lying under a waterproof tarpaulin, which was stretched over the middle of the raft like a low canopy and firmly anchored with thick cords to the wooden trunks of the vehicle. They slept soundly. After their long trip they were quite exhausted.

Find out more about the world of HOVOKK.