Enjoy an extract from the final episode: 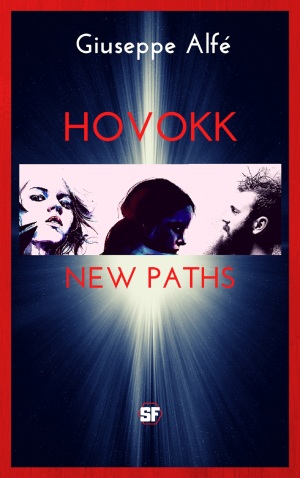 Rona was exceedingly fascinated when she discovered a bright blue, round spot in the depths of space. A good bit further to the right, almost as large, she saw a bright yellow object that dazzled her: the sun of the Tarvian system. She shaded her eyes and looked left again. After all the years in which Havoc and Polianna had told her about this world, she was now to see the home of her adoptive parents with her own eyes.

»I’ve never seen such a beautiful thing« she said, pressing her nose against the window of the lookout station.

Close to her was Havoc. He could not describe the feelings that the sight of Tarvia aroused in him. He could not say whether the trembling that went through all his limbs was due to exuberant joy or sheer fear.

From the spaceport in Kasag they left Markkis I behind without complications. It had been an extremely nerve-wrecking procedure to keep calm at the city checkpoints and at the departure terminal. They had to impart their new roles in a plausible manner, acting like diplomats to the suspicious-looking customs authorities by offering them their certified passes as a matter of course and walking through the barriers. Nevertheless, the authentic clothing and the passes did not fail to have their effect. None of the inspectors suspected the harmonious appearance of the diplomatic family. A shuttle had then taken them to the orbital space station, from where they had switched to the Nampakk, their space shuttle to Tarvia. It had been unavoidable that the shuttle had hovered above the channel of Urras on take-off and that Havoc had seen the fateful city of Settis on the distant horizon, which had so drastically changed their lives. He had felt no melancholy or anger at all. How often had he held intimate conversations with Mevokk about it, which had ultimately led him to realize that the deeper meaning of those incidents might never become apparent? According to Mevokk it was so with many things that happened in life and it was nobody’s right to demand an explanation from the world.

In the depth below, Havoc had observed how the main world of the Markkya had fallen back the higher the shuttle had submerged into the outermost layers of the planet’s atmosphere. However, he had not cared any longer. He was detached and homeless from then on and in his heart was an empty space that he could only share with his daughter and his wife.

After thirty-five days, they had bridged the distance of hundred units between Markkis I and Tarvia and were approaching Poliannas and Havoc’s old homeland, which they had not visited for several years.

Havoc said to Rona: »You’ll see many beautiful things there«

Curious, she looked up at him. »Is it really nicer there than Markkis?«

»It is different. However, it has just as many wonderful places. This is a world of human beings. You won’t see too many Markkisians there.«

»I am glad about that! They’ve been so mean to us!«

Worried, he looked at his adopted daughter. »You must not say such things! Some of them were mean to us, that’s right. But not all of them are like that. Some of them helped us too.«

Rona defiantly grimaced. »I do not care about that. Because of them, we had to leave Taoa. I hate them!«

Havoc felt compelled to bend down to her.

At this hour, the lookout station was very busy. Many passengers could hardly wait for their arrival on Terra 1, the orbital space station over Tarvia, and longed for a sight of an end of the long journey.

Havoc lowered his voice: »Please don’t talk like that. Among humans, you will meet repeatedly some who are unfriendly or even evil as well. Therefore you can’t hate them all!«

»I hate those who have done evil to us… « Tears began to roll down her cheeks. Her mouth contorted and she sobbed.

Havoc pressed her tenderly against his shoulders. »All right, Rona. No one will harm us anymore. Everything’s gonna be fine.«

However, Rona did not calm down, on the contrary. Something broke loose in her. Long accumulated fears and suppressed anger broke out of her. She pressed harder into Havoc’s embrace; he felt the hot tears on his neck. The girl breathed out words, mumbled into the fabric of her protector’s suit. She was about to hyperventilate.

»What did you say, Rona?« he asked while still holding her.

»I want to know who has done it – humans or Markkya?« he heard her say.

He gently pushed her back from himself to look at her and understand her better. »Done what? What are you talking about?«

Tears covered the child’s face, which had turned bright red. Her eyes were squinted and she was gasping for air. »The ones who killed my parents! Who did it, Brent?«

Now Havoc himself was close to tears. Some people standing near them looked downright piqued at the two before they decided to leave. The sight of a crying child speaking of murder and hatred disturbed them and did not quite fit their expectant emotional state in view of the imminent end of their journey.

Havoc took Rona’s face in both hands. Gently he wiped her tears with his thumbs. »Oh, Rona! I am so terribly sorry! I can’t tell you. Believe me; if I could find out, I’d do anything to punish the one! I know exactly what you are feeling. It was the war itself. The war took your parents away, just as it took my parents away. Don’t torture yourself with it forever! It’s not your fault!«

He kissed her on the forehead, grabbed her hands.

Rona sobbed. »I miss them so much! Although you’re taking care of me now!«

She was about to sink to the ground. Havoc gently reached under her armpits and lifted her up. She leande her head against his shoulder, trembled and cried.

Soothingly, he stroked her head and back. »We will always be there for you. It’s perfectly normal for you to miss them.«

In a muffled voice, he heard her ask: »Do you miss your parents too?«

A stab went through his heart. When was the last time he thought about them? »Yes. I do.«

Rona calmed down. With the sleeve of his garment, he dried her tears and suggested to walk back to their quarter. Rona agreed. Havoc had the impression that she was feeling a little better again.

They leisurely walked back to their quarter. There Polianna was busy preparing the next stage of their journey. She packed their luggage and their meager possessions together to be prepared as soon as the spaceship docked on Terra 1. When they arrived in their quarter, Rona stormed through the door with a serious expression on her face, ran into the surprised looking Polianna’s arms and pressed her firmly. The doctor noticed the girl’s reddened eyes. She realized that Rona had been crying. Asking Polianna looked at Havoc. He shrugged his shoulders with a regretful expression.

A long journey lay behind them. Caused by the sight of their approaching, old homeland, they thought back to the confused, adventurous path they had taken since the events in Settis. They had been arduous, dangerous, but also instructive and beautiful years. Thanks to their friends on Markkis I, they had dared to return to the centre of the Hexagon. However, a residual risk remained. But it had to be done. If Polianna’s mentor still lived on Almaranah Island, they had to visit him to understand what had happened to Havoc in the past. There was no other place in the Six Worlds where they could find refuge. All other ways were denied them. The blue planet was before them, and the very last hurdle was awaiting them. At the checkpoints of Terra 1 their disguise as Markkisian diplomats had to work.